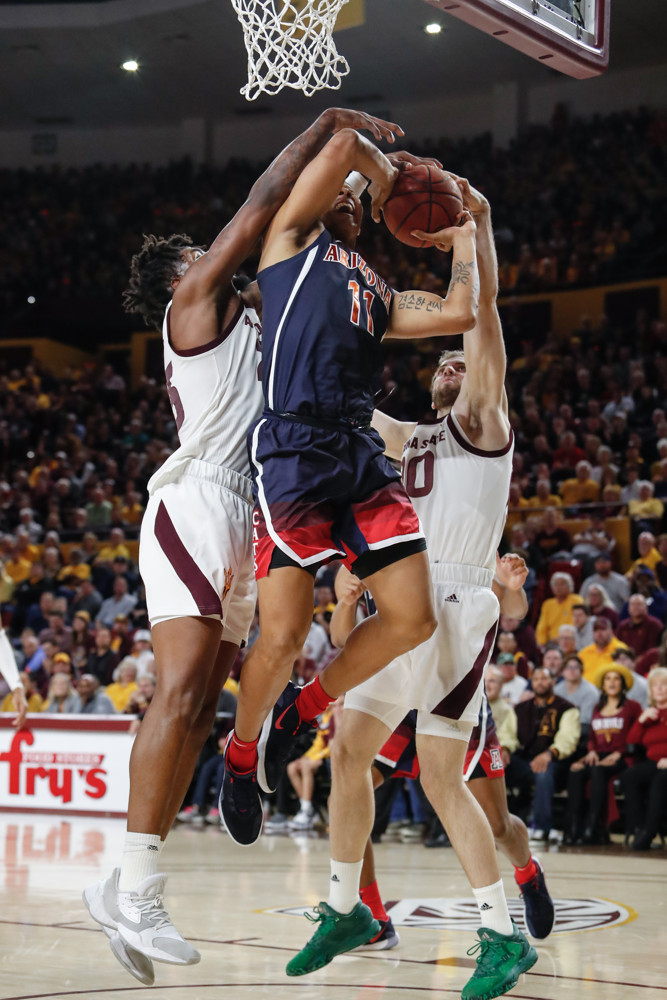 Arizona State will have a tough one on its hands Saturday afternoon when the Sun Devils travel to Tucson to take on their bitter rival, the No. 3 Arizona Wildcats. It has been a tough year for the Sun Devils but a great one for the Wildcats. So, it should not come as a surprise that the Sun Devils are 21.5- or 22-point underdogs to the Wildcats depending on which Arizona mobile sportsbook you choose.

Arizona has been playing well, especially at home, where the Wildcats are 10-0. As for Arizona State, the Sun Devils are 2-4 straight up as road dogs, but 4-2 against the spread.

Teams always want to be playing their best when facing a rival, but that will not be the case for Arizona State Saturday afternoon in Tucson. The Sun Devils will be riding a two-game losing streak heading into the contest.

Points have been hard to come by. Arizona State has scored fewer than 60 points in three of the last five games. While the defense did fail in one recent game, the Sun Devils scored 70+ points in (vs. Stanford, January 15), the Arizona State defense is not terrible.

The Sun Devils rank 173rd in the nation in scoring defense, allowing 68.8 points a game. That does not sound too impressive, but it looks a little better when you see Arizona State ranks third in the conference in blocked shots, fourth in steals, fourth in field goal percentage defense, and they do not turn the ball over a lot (second).

Arizona outranks them in each of those categories, but one; the Wildcats rank ninth in the conference in the fewest turnovers.

Arizona State may be getting Arizona at the best time or worst, depending on your perspective. The Wildcats are coming off their second loss of the season, 75-59 against No. 7 UCLA. But the issue is not that they lost; it’s how poorly they played.

But Arizona is one of the best teams in the country in almost every significant category. The Wildcats are a top ten team in the country in scoring offense, scoring margin, rebound margin, assists per game, blocked shots, assist-to-turnover margin, and field goal percentage defense.

On the conference level, they rank first in quite a few categories and in the top five in almost all of them.

There is no reason to think Arizona could lose this game. Arizona is one of the best teams in the nation. After losing Tuesday to UCLA, the Wildcats will want to prove that to themselves and the rest of the country with an epic beatdown of their in-state rivals.