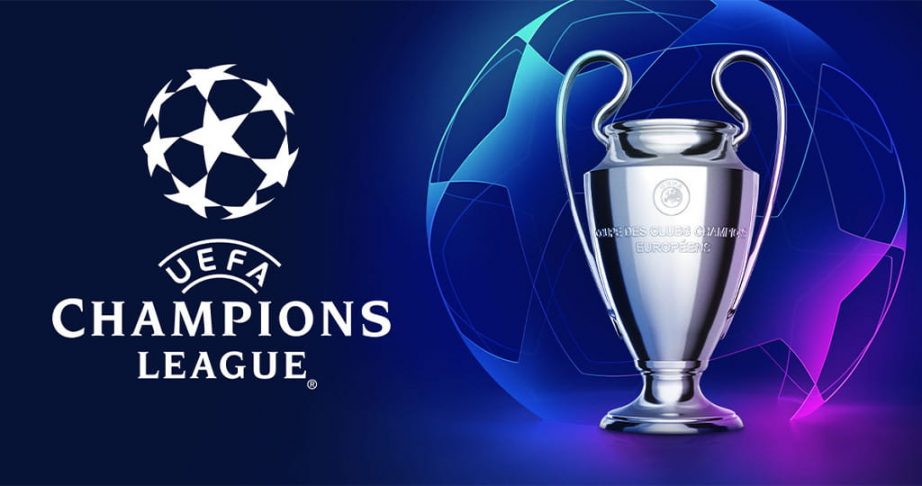 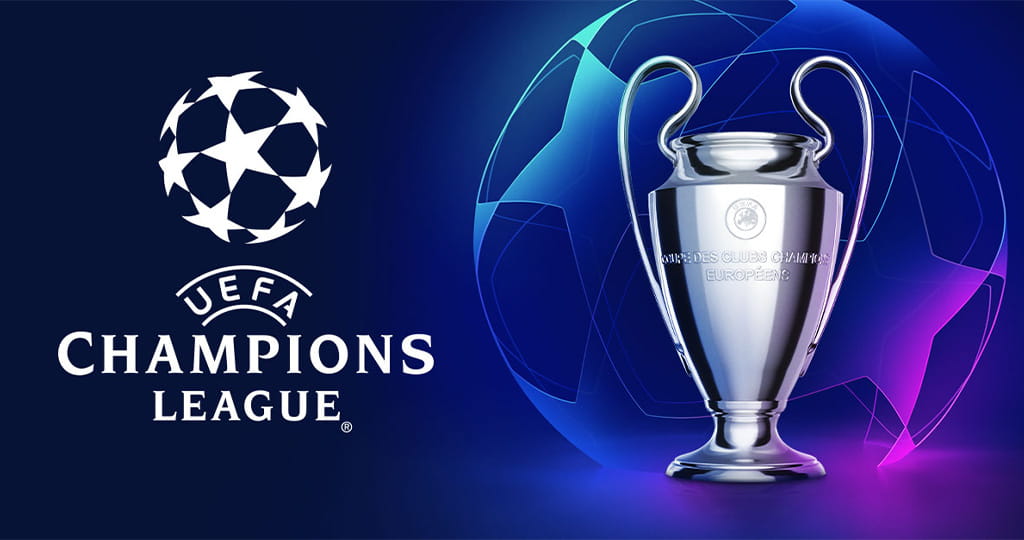 We’ve had 29 iterations of the Champions League since the European Cup was revamped prior to 1992/93, as a straightforward knockout tournament was eschewed in favour of a more structured league format. Interestingly, the UCL is set to undergo further expansion from 2024/25, as the number of competing teams increases to 36 and an extended league format is introduced.

But who will win the 30th iteration of the Champions League? In this post, we’ll take a look at the key contenders, while asking which sides are the favourites among sportsbooks? Let’s find out!

What Stage Are We at the Champions League?

We’re currently half way through the round-of-16 knockout ties, with the decisive second legs set to be completed between the 8th and 16th March. Four of these eight second –round ties are all-square after the first legs, including Manchester United’s clash with Atletico Madrid. The Red Devils scraped a 1-1 draw in Atletico’s Metropolitano Stadium, and will be looking to secure a much-needed win in the return match at Old Trafford.

A much-fancied Bayern Munich also have work to do in the home clash with Red Bull Salzburg, with the tenacious and energetic Austrians having held Julien Nagelsmann’s side 1-1 in the first leg. Benfica and Ajax (2-2) and Villareal and Juventus (1-1) are also level heading into their respective second legs, with the eradication of the ‘away goals’ ensuring that neither of these sides have a definitive advantage in the tie.

The remaining English sides all have one foot in the Champions League quarter-finals, with Manchester City certain to progress barring an unprecedented collapse. The Citizens thumped Sporting Lisbon 5-0 in the opening leg away from home and will return to the Etihad Stadium to complete the formalities on March 9th.

2019 winners Liverpool also earned a potentially decisive 2-0 advantage after their first leg clash against Inter Milan at the San Siro, while Chelsea comfortably overcame French champions Lille by the same score at Stamford Bridge. In the remaining round-of-16 tie, Mauricio Pochettino’s multitalented PSG side hold a slender 1-0 advantage over 13-times winners Real Madrid. So, Los Blancos have work to do if they’re to progress to the quarters, although a hostile atmosphere awaits PSG at the Bernabéu Stadium.

The Remaining UCL Format – What to Expect

Once the round-of-16 clashes have been settled, the remaining eight sides will be drawn in quarter-final matches on March 18th. This will be a completely open draw that isn’t dictated by seedings, while sides from the same country (and those who competed together in the group stage) can also be pitted against one another at this stage.

The first legs of the quarters will be played on the 5th and 6th of April, with the return matches scheduled to take place on the 12th and 13th April. As for the semi-finals, the draw for these matches will be held after the quarter-final draw.

Although the precise nature of the competing sides won’t be known at this stage, the draw will pit the winner of one quarter against another and be finalised at a later date. The first leg semi-final matches will be played on the 26th and 27th April, while the decisive second legs will be contested on the 3rd and 4th May.

This year’s final has recently been moved from St. Petersburg in Russia as a result of the latter’s invasion on Ukraine, so it will now be played at the Stade de France in Saint-Denis, France. The date for the match is 28th May, with one team designated as the home side as part of the semi-final draw in March (even if PSG make the showpiece match).

Who Are the Current Favourites?

With every passing match, the odds for the 2021/22 Champions League continue to change. However, there’s no doubt that the English participants are among the most widely backed, with Manchester City, Liverpool and Chelsea ranked in the top five most likely to prevail. So, let’s take a look at the current bookmaker’s favourites in greater detail, while asking what sets them apart from their rivals.

We’ll start with EPL champions Manchester City, who are currently priced at around 9/4 to win their inaugural Champions League crown in 2022. Certainly, the Citizens are overdue a UCL title, with the owners having spent more than £1.3 billion (€1.5 billion) on around 70 signings since taking over in 2008. The club also finished as runners-up last season, having lost 1-0 to Chelsea in a tense final.

Manager Pep Guardiola is also desperate to add to his own Champions League haul, with the brilliant Spaniard without a title since winning his second UCL with Barcelona in 2010/11. But how have City fared so far in the 2021/22 UCL? Well, they performed well in a tough and challenging group, overcoming both Paris Saint-Germain and RB Leipzig to secure top spot.

City also put in a very professional and mature performance when coming from behind to defeat PSG at the Etihad Stadium in the penultimate group stage game, while fellow home wins against Leipzig (6-3) and Club Brugge (4-1) were also integral to qualification. Vulnerability still remains, of course, with City’s disappointing 2-0 defeat in Paris highlighting how fast and hard-running forwards can exploit the space in behind the side’s typically high defensive line.

However, City have undoubtedly become more consistent and effective in Europe over the course of the last three years, while Guardiola’s squad is surely approaching its peak in terms of depth, ability and cohesion that exists within the team. It’s also hard to conceive that a team of City’s Guardiola can fail to win the UCL at some point, especially under the stewardship of a manager who has a staggering career win-rate of 73.09% (from 784 matches) and 31 major honours to his name so far.

Remember, City also thrashed an excellent Sporting Lisbon side 5-0 in the away leg of their round-of-16 tie, demonstrating just how effective the team can be on their day. In fact, both the players and their manager could be peaking in time to prevail in the 2021/22 UCL, making City’s pricing and status as favourites more than justified at this stage of the tournament.

Next up are Liverpool, with the Reds and six-times European champions available at an average price of 7/2 with sportsbooks. Interestingly, Liverpool has recently superseded Bundesliga legends Bayern Munich as second favourites recently, following an exceptional run of form that has kept the Reds on course for an historic quadruple.

Since January 13th, Liverpool have won an impressive 12 games in all competitions, winning the EFL trophy against Chelsea in the process and closing the gap at the top of the Premier League to just three points. This run of form also included an authoritative 2-0 win at Inter Milan in the first leg of their round-of-16 clash, with late goals from Roberto Firmino and Mohammed Salah securing a potentially decisive advantage ahead of the return match.

Interestingly, the Reds have saved their best form for Europe this season, winning all seven of their matches to date and scoring 19 goals in the process. This is particularly impressive given that Liverpool was drawn into a particularly difficult Champions’ League group, alongside AC Milan, Atletico Madrid and FC Porto. However, none of these sides were a match for the Reds, who won all six of their group games while plundering 17 goals and conceding just six.

Of course, there also remains a natural affinity between Liverpool and Europe’s premier cup competition, having won their sixth crown as recently as 2019. There’s also no doubt that Liverpool is building some significant momentum in this season’s tournament (and indeed across all competitions), fuelled by an increasingly deep playing squad and those heady, adrenalin-fuelled nights at Anfield.

With one foot already in the quarters, you’d be hard pressed to bet against Liverpool whoever they’re drawn against. Remember, they’ve comfortably beaten both Manchester City and Bayern Munich in recent European seasons, while their track record in the competition makes them a popular choice among punters.

Bayern’s recent wobbles (both at home and abroad) have caused sportsbooks to wager on the team’s UCL price, with the German side now available at around 9/2 to lift the trophy. Even on a fundamental level, Bayern’s place in the next round is far from assured, after a tentative 1-1 draw with plucky outsiders Red Bull Salzburg in the first leg of their round-of-16 clash.

Bayern have also seen some freak domestic results populate a litany of wins. For example, they were thrashed 5-0 by Borussia Mönchengladbach in the DFB-Pokal in October, while Munich also shipped four first half goals in a 4-2 Bundesliga defeat as recently as February 12th. The latter defeat and the draw in Austria came during a five-game run where Bayern have only won twice, suggesting that they may be faltering as we approach the business end of the season.

Despite this, Bayern have won 27 of their 35 matches across all competitions this season, while scoring an incredible 114 goals. Similarly, they remain nine points clear at the top of the Bundesliga table, as coach Julien Nagelsmann closes in on the first league title of his career. Bayern’s UCL firm has largely been imperious too, notwithstanding their stutter against Salzburg in the round-of-16.

For example, they won all six of their group stage games, plundering an impressive 22 goals (conceding just three) and eliminating Barcelona in the process. Remember, Munich also won the tournament in 2020 under the stewardship of Hansi Flick, becoming the first side to win with a 100% record as part of a superb treble.

This highlights the team’s pedigree and level of performance on the biggest of European stages, and they shouldn’t be underestimated as we approach the latter stages of the tournament. Despite their obvious vulnerabilities, Bayern also offer excellent value to punters at 9/2, so they’re sure to receive considerable backing in the near-term.

The Last Word – Who are the Best Outside Bets for the UCL?

These three sides are the clear favourites to win the 2021/22 Champions League, but there remain a number of others who may ultimately compete for the crown. Take the aforementioned PSG side, for example, who have already beaten Manchester City this season and remain incredibly strong at home.

The team is also chock-full of experience and superstars (including Sergio Ramos, Neymar, Kylian Mbappe and the iconic Lionel Messi), so they cannot be discounted as they progress through the tournament. Defending champions Chelsea are priced as high as 9/1 to retain their title with some sportsbooks, despite the Blues looking largely untroubled during their defence so far.

The qualified from the group stage with a single defeat away at Juventus, for example, thrashing the Italians 4-0 in the return match. They also comfortably defeated French champions Lille 2-0 at Stamford Bridge in the first leg of their round-of-16 tie, mirroring the type of assured, confident and understated performance that distinguished their successful European run last year.

In Thomas Tuchel, Chelsea also retains the service of a quite brilliant tactician, who has a proven penchant for creating tailored plans for specific opponents and overcoming potentially stronger opponents during individual matches. If you’re in the market for a real outside bet, however, Spanish giants and 13-times Champions League winners Real Madrid currently offer the best value.

Los Blancos can be backed at an average price of 25/1, with this influenced by their 1-0 defeat to PSG during the first leg of their round-of-16 tie. However, Madrid retains a deep and experienced squad packed full of Champions League winners, including Luka Modric, Toni Kross and talisman Karim Benzema.

Talented starlets such as Vinicius Junior (who has already scored 16 goals this season) and Eduardo Camavinga also add depth and a sense of fearlessness, and there’s no doubt that Madrid boast an excellent balance in pursuit of the top prizes. What’s more, Madrid is currently managed by the seasoned Carlo Ancelotti, who is one of a select few coaches to win three UCL crowns and a man who has landed 20 major honours during his managerial career to date.